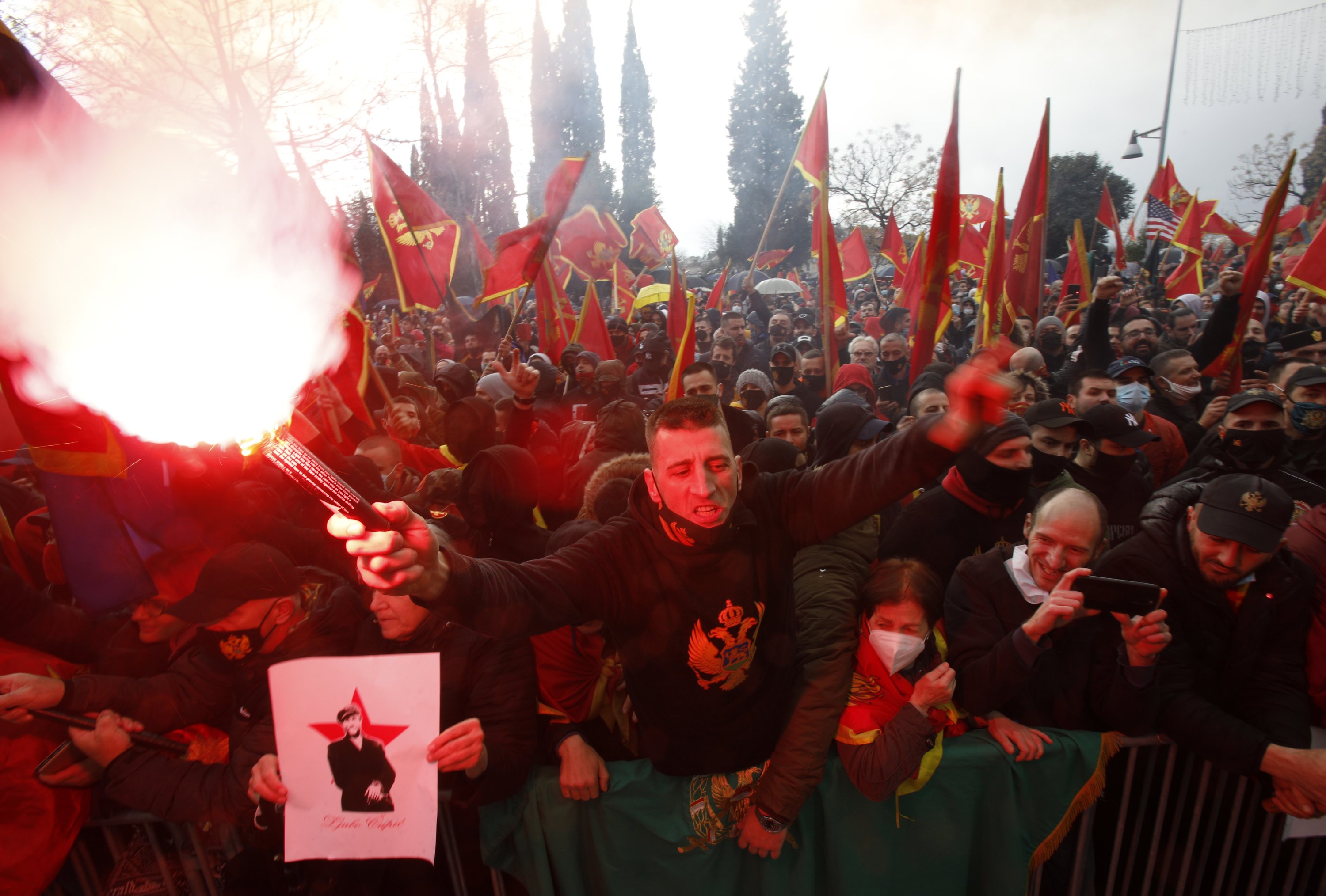 PODGORICA, Montenegro (AP) – Several thousand people gathered in Montenegro on Monday, accusing the new country’s new government of being pro-Serbian over its plans to amend a religious property law that strengthens the Serbian Orthodox Church. to resist.

Protesters carried Montenegrin flags and shouted “Betrayal”, and gathered outside the parliament building in Podgorica, the capital, where lawmakers plan to discuss the proposed changes.

The protest was the first major protest in the small Balkan country against the coalition government that came to power after the opposition won a slim majority over a long-reigning pro-Western party during a parliamentary election in August.

Religious law was an issue in the election. The Serbian Orthodox Church claims that the law was designed to strip the church of its property, which the previous government denied. The church led months-long protests that helped bolster the opposition before the election.

Montenegro declared independence from a union with Serbia after a referendum in 2006. The people of the country remain divided over relations with Belgrade. About 30% of Montenegrins identify themselves as Serbs, and the Serbian Orthodox Church enjoys the greatest adherence to any organized religion.

The previous government, led by the Democratic Party of Socialists, drove Montenegro away from the influence of Serbia and Russia. The Adriatic nation joined NATO in 2017 and is seeking membership of the European Union.

Participants in the protest on Monday saw the new government’s plan to repeal parts of the religious law dealing with property. They accused the government of setting the scene for the ‘occupation’ of Montenegro.

It was not immediately clear when the parliamentary vote on the amendment would take place.

Despite calls to take measures to curb the spread of the coronavirus, protesters rallied, many without masks. Montenegro reported 666 virus deaths in a country of 620,000 people.