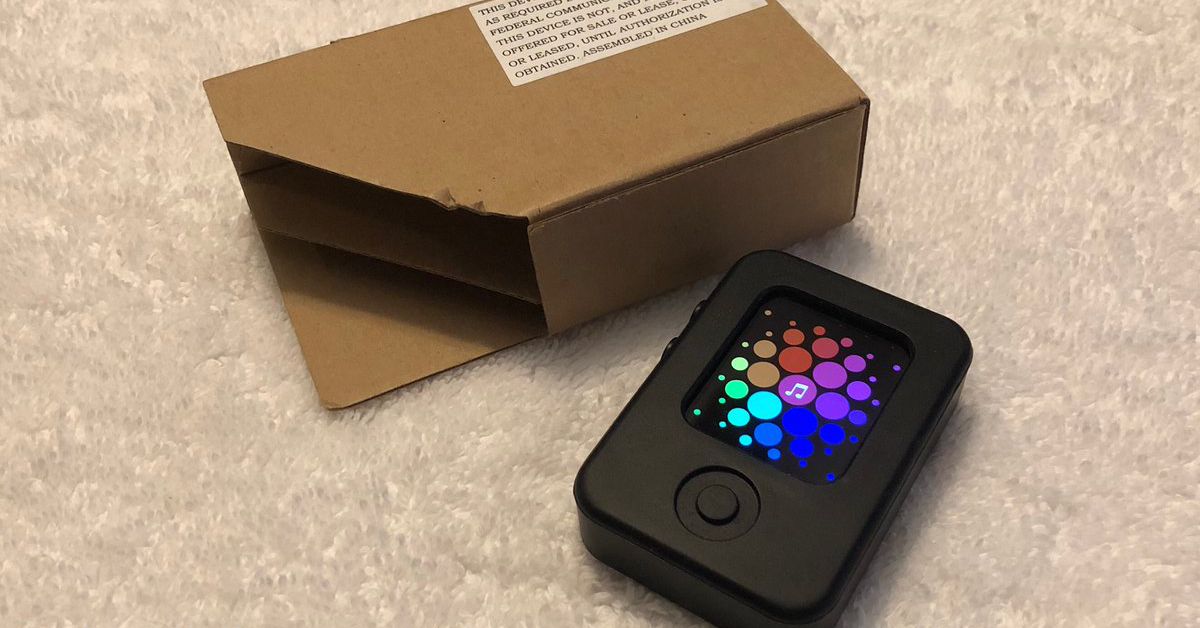 New images and videos allegedly displaying an Apple Watch prototype, hidden by a security case resembling a small iPod, offer a rare look behind the curtain for the product development of the infamous mysterious company built by Steve Jobs . A few months ago first teased by a Twitter user Apple Demo, this is our first look at the device turned on and using Apple’s own internal development applications on a pre-watchOS 1.0 software build.

The video begins by showing what looks like the original cardboard packaging used to deliver the prototype hardware to testers. “This product is classified as Apple Confidential and is designated as an ‘Ultra’ security program,” reads the label. “This prototype MUST be returned when it is recalled or when you do,” the label says before it is obscured to hide the origin of the device. A sticker on the back of the prototype device indicates that it is a “PVTe” configuration, which presumably means Prototype Validation Testing (engineering) in line with the language seen on previous Apple development hardware, such as the leaked EVT board for the original iPhone.

If the touch screen device is turned on, we can see that it is set to show Apple’s own internal applications. One is the ‘Lisa tester’, identified with an icon by Lisa Simpson, but probably a tribute to Jobs’ daughter and namesake of Apple’s Lisa computer – one of the first computers with a GUI interface. With the app, testers can customize the UI elements of the prototype Watch. The “Springboard zoom” app found in the Lisa Tester is very similar to the original watchOS home screen that was shipped on the first Apple Watch in 2015.

There is no Digital Crown for navigation. Instead, buttons on the right side of the case can be used for housekeeping and power. The home button on the front and the buttons on the left of the up / down volume never appear to be used and may not be functional. When you click on the settings, the device reports that it has not received any FCC approval for sales, and adds the prototype status.

If we assume that the prototype is genuine – and it certainly looks that way – then this is a remarkable example of a pre-production Apple device that we never intended.