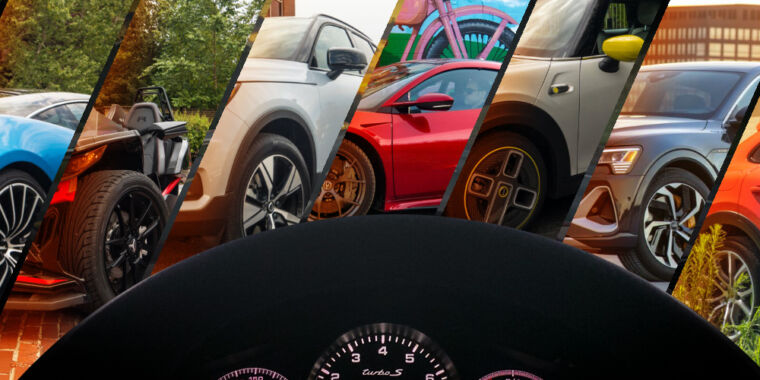 Like most of us, 2020 went completely differently than we expected in January. By the end of February, it was clear that COVID-19 would be a serious problem as car shows and events began to cancel. in their masses. But our local press fleets are still in use, and a travel-free calendar meant more time testing cars here at home. Fortunately, one can sit in a car by oneself, meet the requirements for social distance, and a car interior can be a welcome change if you spend all day at home.

Even if it means we were able to test a significant amount of new vehicles despite the new realities. These are the highlights of a year behind the wheel.

Just under half (15 out of 32) of the cars I judged this year were hybrids, plug-in hybrids or battery-powered electric vehicles. I recorded the most miles in one of the more exotic hybrids on the list – the Acura NSX supercar. Ohio to Florida in three days remains an unforgettable trip, but it was hard work. Second place is the Toyota Venza that took us back to Cooperstown, New York and within a day. Unlike the NSX, the Venza had plenty of comfortable seating and adjustable cruise control. This soft crossover was one of my unexpected treats of the year.

I did expect to be impressed by the Hyundai Sonata Hybrid, and yet it still amazed me. That was the only thing that really stood out at this year’s Chicago Motor Show, as the vehicle delivered all the promises and more on the road. It’s attractive, has some useful driver assistance, and it really gets 52mpg (4.5l / 100km) – all for less than $ 28,000.

Seven of the 32 cars we judged this year were BEVs. We have more to say in the future about the Volkswagen ID.4 and Volvo XC40 Recharge, because we spent less than an hour with each one. And expect a Ford Mustang Mach-E review in the new year – we only planned a week in January with the electric pony. The pandemic has delayed the planned facelift for the Chevrolet Bolt EV. The Kia Niro EV is very capable, and one of the few BEVs that approaches Tesla when it comes to the efficiency of the range. The Mini Cooper SE was a great rush to drive, and the Polestar 2 impressed a great interior, just like the Audi e-tron Sportback, although it climbed the ladder at a different price.

Money, however, is no object, but the Porsche Cayenne Coupé Turbo S E-Hybrid I will have. And I never thought I would see the words typed. Yes, it’s a big SUV, and yes, I’m the kind of annoying writer who never ceases to tell the reader how much he does not like big SUVs. But the power-to-weight ratio of the Cayenne Coupé means it doesn’t feel like a big SUV to drive. The battery is large enough to cover most of my normal travels. And the dog leash interior is perhaps my favorite of all the cars I have driven this year.