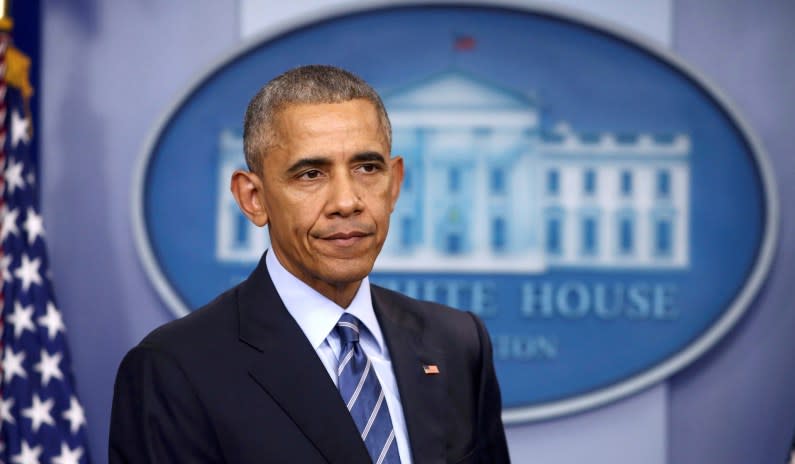 The non-profit humanitarian agency World Vision United States improperly agreed with the Islamic Enlightenment Agency (ISRA) in 2014 with the approval of the Obama administration, according to a new report.

Senate Finance Committee Chairman Chuck Grassley (R., Iowa) recently released a report outlining the findings of an investigation his staff launched in February 2019 into the relationship between World Vision and ISRA .

The investigation found that World Vision was unaware that ISRA had been approved by the US since 2004, after scattering about $ 5 million to Maktab al-Khidamat, the predecessor of Al Qaeda, which was controlled by Osama Bid Laden. is.

However, the ignorance was born out of inadequate testing practices, the report said.

“World Vision is working to help people in need around the world, and that’s admirable,” Grassley said in a statement. ‘Although it may not have known that ISRA was on the sanctions list or that it was listed because of its involvement in terrorism, it should have been. Ignorance cannot be sufficient as an excuse. World Vision’s changes in practice for the investigation are a good first step, and I look forward to their continued progress. ”

The investigation started by July 2018 National overview article in which Sam Westrop, the director of the Islamic Watch of the Middle East Forum, outlines the findings of MEF that the Obama administration approved a $ 200,000 allocation of taxpayers’ money to ISRA.

Government officials specifically approved the release of “at least $ 115,000” of this grant, even after learning that it was a designated terrorist organization, Westrop writes.

According to the Senate report, World Vision has submitted a grant application to the US Agency for International Development (USAID) to run its Blue Nile Recovery program on January 21, 2014. The proposed program sought to promote food security, sanitation and health services in areas hard hit by conflict in the Blue Nile region of Sudan.

USAID awarded World Vision a $ 723,405 grant for the program. The following month, ISRA agreed to provide humanitarian services to parts of the Blue Nile region for World Vision, according to the report. The two organizations also collaborated on various projects in 2013 and 2014.

World Vision only discovered that ISRA had been approved after discussing the Evangelical Humanitarian Nonprofit Cooperation with the International Organization for Migration (IOM) on a separate humanitarian project in Sudan. In conducting a routine investigation of World Vision and its partners, IOM discovered ISRA’s sanctioned status and reached out to the Office of Foreign Asset Control (OFAC) Compliance Team to confirm it.

Following the confirmation from OFAC, IOM turned down World Vision’s offer to collaborate, the report said.

World Vision’s legal department was notified in September 2014 of the possible status of ISRA as a sanctions entity and immediately stopped all payments to the organization while it investigated.

The non-profit organization sent a letter to OFAC on 19 November 2014, requesting clarification regarding ISRA’s status, requesting that, if ISRA sanctions are granted, a temporary license be granted to the existing contract of the organizations.

Two months later, the Treasury responded, confirming that ISRA was being approved and denying the request for a license to work with the organization, as it would be ‘contrary to OFAC policy’.

A month later, World Vision filed another request for a license to enter into a transaction with ISRA to pay them $ 125,000 for services rendered, so as not to face legal consequences and possible eviction from Sudan.

On May 4, 2015, the State Department of the Obama administration recommended OFAC to grant World Vision’s request for the license. The next day, OFAC granted the license to pay ISRA $ 125,000 for services rendered, and later sent a “warning letter” to the non-profit organization to make him aware that the collaboration with ISRA the Global Terrorism Sanction Regulations.

The report states that the investigation “found no evidence that World Vision was deliberately trying to circumvent US sanctions by having a partnership with ISRA.”

“We also found no evidence that World Vision knew ISRA was a sanction before we received its treasury,” the report adds. ‘On the basis of the evidence before us, however, we conclude that World Vision had access to the relevant public information and should have known how, but failed to do so, to properly ISRA as a sub-beneficiary to veterinarian which led to the transfer of US dollars from taxpayers to an organization with an extensive history of supporting terrorist organizations [sic] and terrorists, including Osama Bin Laden. ”

World Vision, weeks after being notified by IOM of ISRA’s sanction status, investigated the investigation and could not come to a conclusion and relied on ‘what can only be described as a flawed logic’, the report said.

The report accuses World Vision of attempting to evade the debt, noting that IOM “was able to quickly veterinarian ISRA and determine their status as a sanctions entity.”

“If World Vision had used the same due diligence and similar methods used by IOM, taxpayers would not have exchanged hands with an organization known to fund terrorist organizations,” he said.

While World Vision has introduced additional screening methods, “the staff of the Finance Committee has reservations” about the ability to avoid similar situations in the future, the report said.

“World Vision has a duty to ensure that funds raised by the U.S. government or donated by Americans do not ultimately support terrorist activities,” he says. ‘As far as this Committee in particular is concerned, World Vision’s attempt is to pass the blame on to the federal government for their own inability to properly veterinarian a subcontractor. A more robust and fundamentally sound system of display and investigation is needed to restore public confidence that contributions to World Vision do not fund illegal organizations. ”

“While we find no reason to doubt World Vision’s claim that the funds were used entirely by ISRA for humanitarian purposes, it necessarily helps money their terrorist activities,” it concludes.

World Vision said in a statement that it ‘takes our compliance obligations seriously and shares Senator Grassley and the purpose of the Good Stewardship Committee.”

‘We appreciate the recognition that the committee staff’s report to the chairperson ‘found no evidence that World Vision knew ISRA was a sanction before the treasury was notified’.” it added. ‘Terrorism is contrary to everything that advocates World Vision as an organization and we strongly condemn any act of terrorism or support for such activities.”