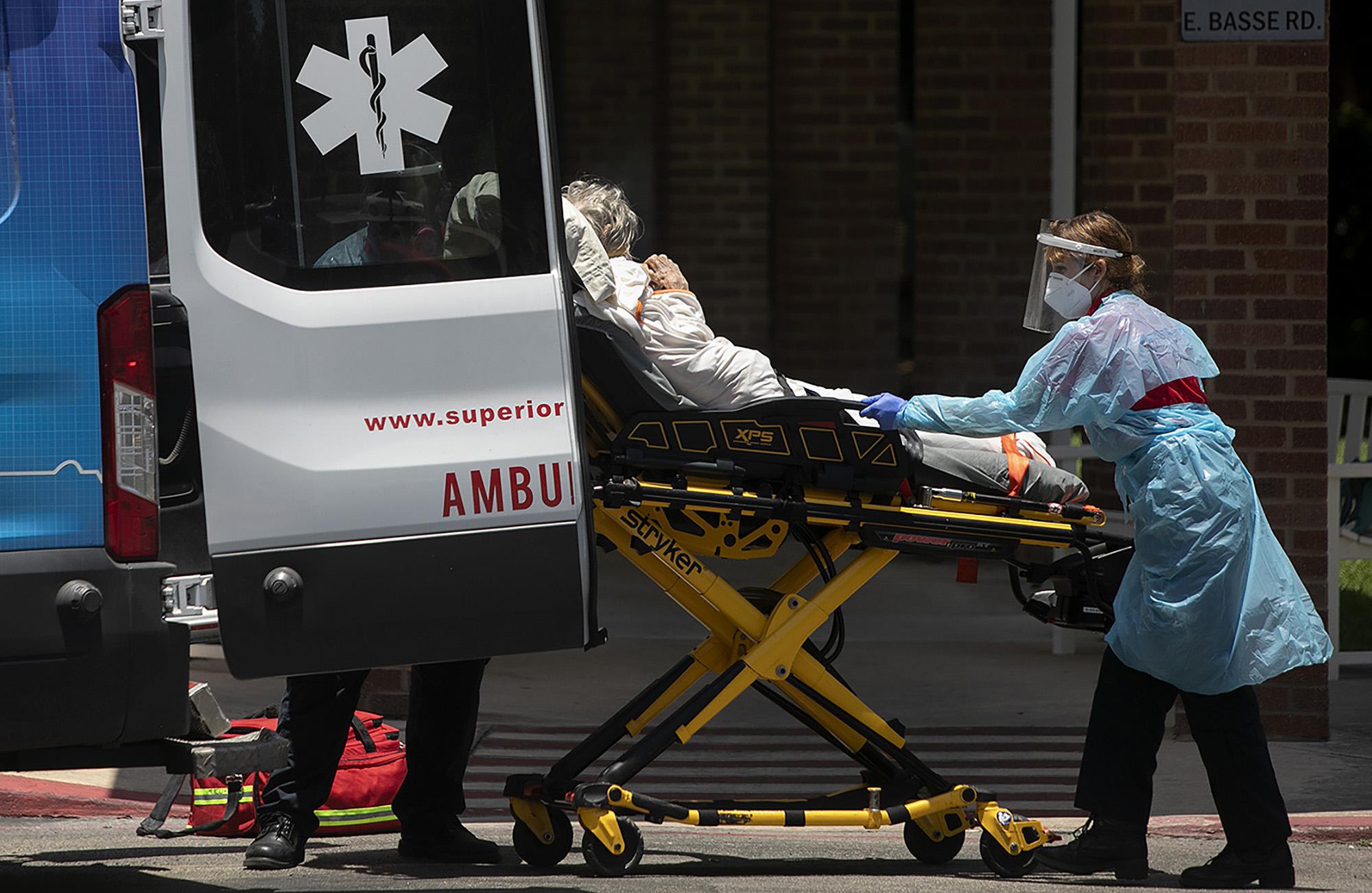 San Antonio’s total number of coronavirus cases has exceeded 110,000 since March, and the city is on the verge of imposing new business restrictions as hospitals allow a growing number of patients with COVID-19.

After three days of no coronavirus updates due to Christmas, city officials on Sunday reported 4,426 new infections since Wednesday and 1,000 people in local hospitals, up from 945.

“COVID-19 cases continue to plague our hospitals,” Mayor Ron Nirenberg said in a statement. “Wear a mask when you are in public, keep social distance and wash your hands regularly.”

On ExpressNews.com: Burned out. Trauma. Disillusionment: The Toll of COVID-19 for San Antonio Hospital Workers

If patients with COVID-19 account for at least 15 percent of the total capacity of the hospitals in San Antonio’s trauma service area for seven consecutive days, local businesses will be forced to reduce their maximum capacity from 75 percent to 50 percent per board member. Greg Abbott said.

The city is on track to reach day seven on Monday, with coronavirus patients now making up 16.9 percent of the hospital capacity of the trauma service area.

The Metropolitan Health District reported 1,282 new cases for Sunday alone. There were 1 102 on Thursday, 820 on Friday and 1 222 on Saturday. The city also added 999 arrears cases from more than two weeks ago on Sunday. Since the pandemic began, 112,218 people in Bexar County have been infected with the virus.

On ExpressNews.com: Get the latest coronavirus update and a US Case Detection Map

With 136 new hospital admissions for COVID-19 reported Sunday, coronavirus patients now make up 27 percent of all patients in local hospitals, up from 18 percent two weeks ago. The figure has almost tripled in the last six weeks.

There are 299 coronavirus patients in intensive care, compared to 290 on Wednesday, and 159 patients using a ventilator to breathe, an increase of 152 on Wednesday.

In San Antonio and across the country, the daily number of cases has risen since October. This week, the U.S. surpassed 19 million cases and 330,000 deaths. The last 4 million cases have occurred in the last three weeks alone.

In Bexar County alone, more than 30,000 cases have been identified in the past month alone, nearly 30 percent of the total.

The seven-day moving average of new cases is now 1,294, the highest since the start of the pandemic. A month ago, the average was 728.

San Antonio has expanded its testing efforts to identify new cases more quickly. More than 320,000 people have visited city test sites in the past nine weeks, more than the total of the previous 23 weeks combined, and not the tests done by private providers.

More than 54,500 people were tested at locations in the city last week, the most in one week since the pandemic began. It was the second consecutive week with a record number of people tested.

But more widespread testing is not necessarily the reason for the increase in cases; Bexar County’s test positivity rate has also been rising since the beginning of October. The rate rose last week to 14.4 percent from 12.5 percent the previous week. The trajectory of the figure is indicated by city standards as ‘serious’, and health officials expect it to rise again in the coming weeks, just as it was after Thanksgiving.

Vaccinations have only been available to front-line health workers for two weeks. It will take months before everyone has access to vaccines due to the limited supply.

City-run test venues will close early on New Year’s Eve and remain closed on New Year’s Day. A list of test sites around San Antonio can be found on the city’s coronavirus website.