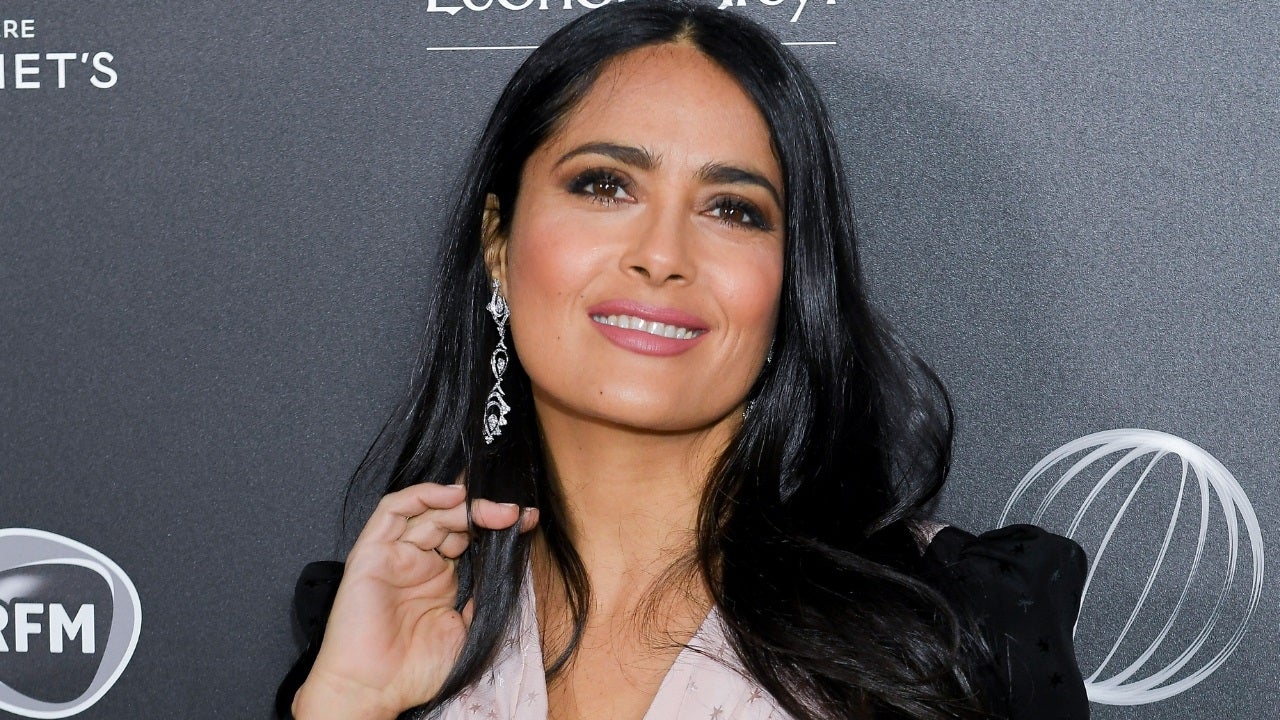 Salma Hayek focuses on the positive, despite the turbulent year 2020 for all.

The 54-year-old actress shared some photos on her Instagram on Tuesday, where she appears in a tropical atmosphere.

The “Like a Boss” star shows off her impressive figure while wearing a purple bikini on a beach. She fitted her look with a purple and white beach cover, sunglasses and a brown hat.

She also told what she is grateful for as the year draws to a close.

“Have never been more grateful that you are healthy and in touch with nature,” Hayek wrote.

Fans could not get enough of Hayek’s age-mitigating appearance in the comments section.

“Are you ever getting older?” asks one fan.

Another said, ‘This is crazy. ‘

“Looks still so young,” another complimented the actress.

It is unclear whether the photo was posted directly and where she is vacationing. Although Hayek had shared a photo of Christmas with her mother-in-law the day before.

On Tuesday, just days before the new year, Salma Hayek reflected on what she is grateful for.
(Getty Images)

“Dinner with my mother-in-law, it’s always a sublime experience!” she has a caption of the post, which shows how she kind of spoiled.

Hayek turned 54 in September and in celebration of her birthday, she shared on Instagram that she is “very grateful and proud of every one of my 54 years.”

Back in April, she chatted with People magazine for the store’s “Beautiful Issue” and shared makeup-free images of herself with co-actresses Rita Wilson, Gwyneth Paltrow and Sarah Paulson. For the issue, Hayek reflected on her appearance over the decades and admitted that she had previously had uncertainty about her image.

“When I look at photos of me in my 30s or in my 40s, I see myself more beautiful than I saw myself back then,” she laments. “I have often criticized myself like that. When I look in the mirror now and there are things I do not see, I think about how much I am going to like myself in ten years.”

Hayek revealed to the publication that her history with and use of beauty products stretches back to her early teens, when she snuck behind her parents’ backs to put on makeup.

“I started wearing makeup at 14, but tried to pretend I wasn’t wearing it because I was not allowed to,” the “Savages” actress explained. “I would clean the mascara brush and pour it very lightly over my lashes. I applied some lipsticks and then dried it off and smeared it on my cheeks. Always make sure there is no glitter in it.”

The star “The Hitman’s Wife’s Bodyguard” said that she still likes to powder her face from time to time, but still enjoys the moments where she can do her makeup free.

‘Normally if you do not [wear makeup]”It’s because you’re in a situation where you do not feel the pressure to look your best,” she said. “There is a feeling of just being present without having to impress anyone.”