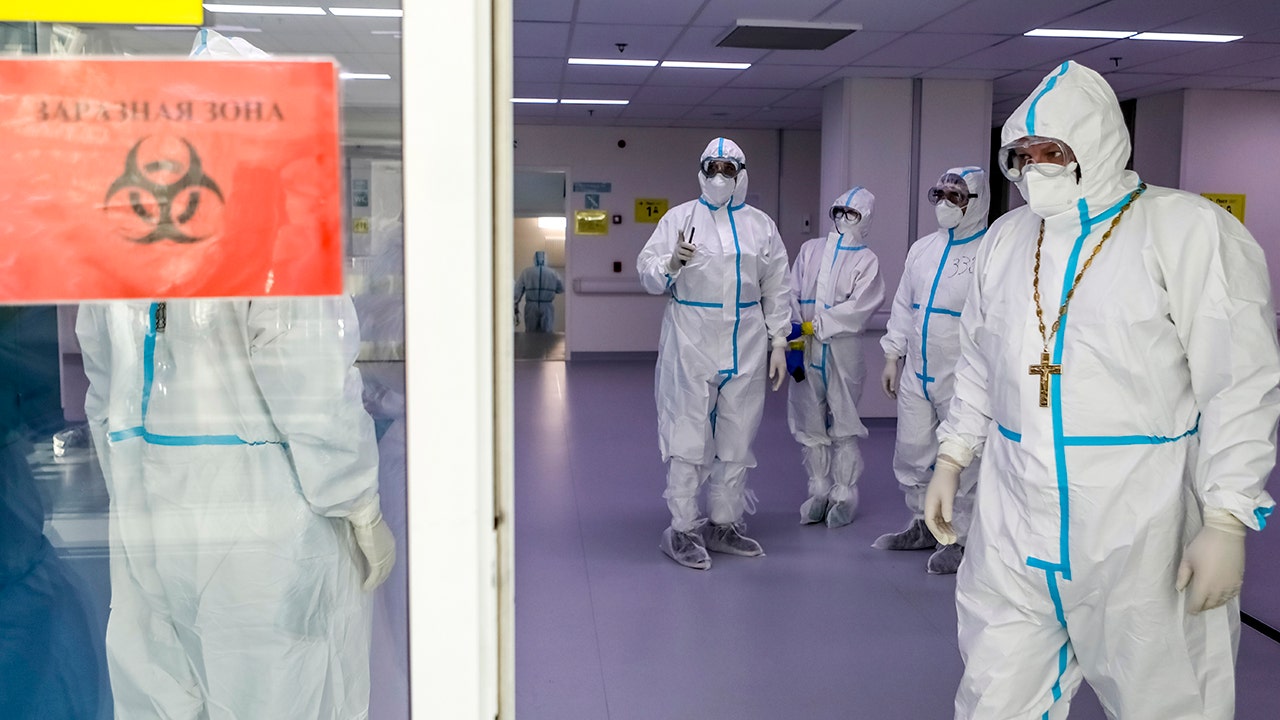 Russia has acknowledged that the death toll from coronavirus is more than three times higher than previously reported.

New figures show that more than 186,000 Russians have died from the virus, compared to the 55,265 officially reported by the country.

This means that Russia has the third highest number of deaths, moving ahead of India and sitting just behind the US and Brazil.

A Russian Orthodox church priest, right, leaves a red area after visiting patients with suspected coronavirus at a hospital in Kommunarka, outside Moscow, Russia, on Monday, December 28, 2020. (Sophia Sandurskaya, photo of the Moscow News Agency via AP)

Russia has reported more than 3 million infections since the start of the pandemic, but the relatively low mortality rate has raised eyebrows.

President Vladimir Putin said it was because the country had handled the pandemic so well, but others said it was partly due to the fact that an autopsy had to name COVID-19 as the leading cause of death to be able to count.

On Monday, the government statistics agency Rosstat said that the number of deaths due to all causes increased by 229,700 between January and November compared to the same period in the previous year, according to a report by the news agency AFP.