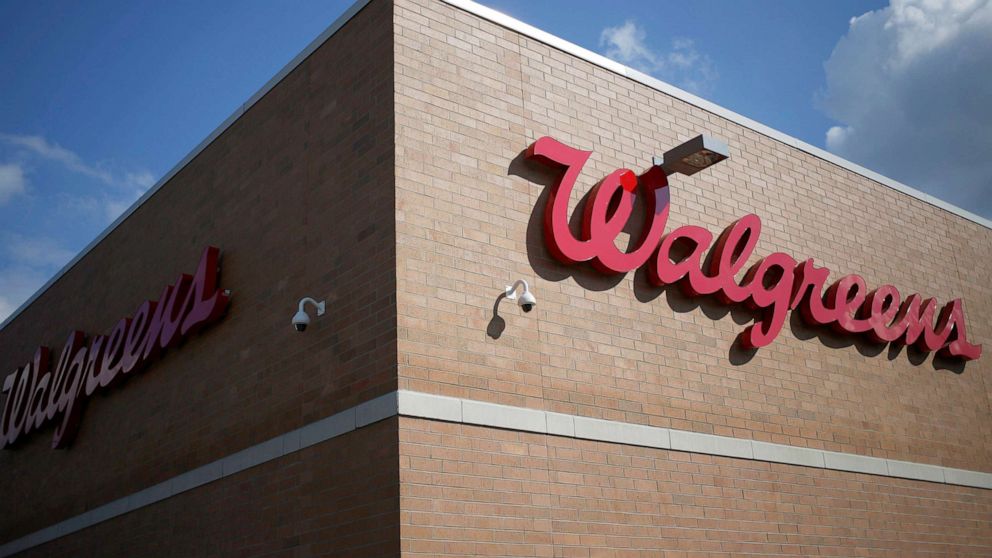 Offering these doses was ‘against the protocol’, the governor said.

Members of the public in Kentucky were lucky that they would be vaccinated on Christmas Eve for COVID-19 when local Walgreens stores had extra doses that would expire.

According to Paul Caruso, spokesman for Walgreens, the excess doses were offered to local first responders, Walgreens staff and residents in Louisville and Lexington, many of whom were over 65 years of age.

“COVID-19 vaccines are not currently available to the general public,” Caruso said in a statement. “We have experienced an isolated situation in which the amount of vaccine doses requested by facilities has exceeded the actual need.”

In a telephone interview with ABC News, Andrew Masterson said he and his wife feel happy that they got the vaccine in a cunning way – acknowledging that there are many vulnerable Americans still waiting to get their shot.

“We were just in the right place at the right time,” Masterson said. “I just felt like I had to jump at this opportunity. But I feel very guilty. We were just happy.”

He and his 16-year-old son were going shopping at the last minute on Christmas Eve when a friend who happened to stop by Walgreens noticed that there were extra doses. The friend immediately thought of the Mastersons – especially Melissa, Andrew’s wife, who is battling breast cancer for the second time, stage IV.

“We rushed there, they took our names, we had to get our doctor’s approval to make sure it’s okay for Melissa to take her chemotherapy with her – waited a while – but then sat down, the shot “Five minutes later we were walking out the door hoping,” Masterson said.

Melissa was in remission until January, when the cancer returned. It spread to her spine. She started chemotherapy in April – which Andrew remembers as a tight time: Chemo can weaken the immune system, and Melissa managed it when the pandemic got steam. When hospitals tightened their visitor protocol, there was a time when Andrew could not visit her.

Andrew, a local restaurant owner who said he also contracted with Meals on Wheels to pack and deliver the meals to the elderly, was worried he would get the virus from his wife or from one of his high-risk meals. bring.

Kentucky is in Phase 1A of vaccine distribution, which includes only health workers and people in long-term care facilities. According to the governor, the state will move to Phase 1B in February.

Although neither Andrew nor Melissa are in the ‘1A’ vaccine group, he felt they should jump on it.

Even after receiving the first dose of the vaccine, the Mastersons do not intend to let go of their disappointment. “We still have an obligation to the general public to protect our neighbors and friends,” Andrew said. “Even though we are safe or immune, we will pretend we are not.”

Andy Beshear, governor of Kentucky, said Monday that pharmacies in both cities have extra doses of the vaccine after having been vaccinated in long-term care facilities, and that the presentation of the doses to the public is against the protocol. It was unclear how many people who did not have priority had to be vaccinated.

“I do not think it was intentional, and we need to understand that to a large extent that mistakes are going to happen,” Beshear said. There are procedures to ensure that ‘the right thing happens next time’, he added.

Dr. Ashish Jha, dean of the Brown University School of Public Health, spoke in an interview with “Good Morning America” ​​on Tuesday about the problems local health departments have in distributing the vaccine without a national plan or funding.

“The biggest problem is getting the vaccine from the states into people’s arms,” ​​Jha said.

“We’re starting to see health departments that are really stretched out trying to figure out how to get all these vaccines into people, and it’s going a lot slower than I think the federal authorities would think.”

What to know about the coronavirus:

Join ABC at 1:00 PM ET and ABC News Live at 4:00 PM ET every weekday for special coverage of the new coronavirus with the full ABC News team, including the latest news, context and analysis.