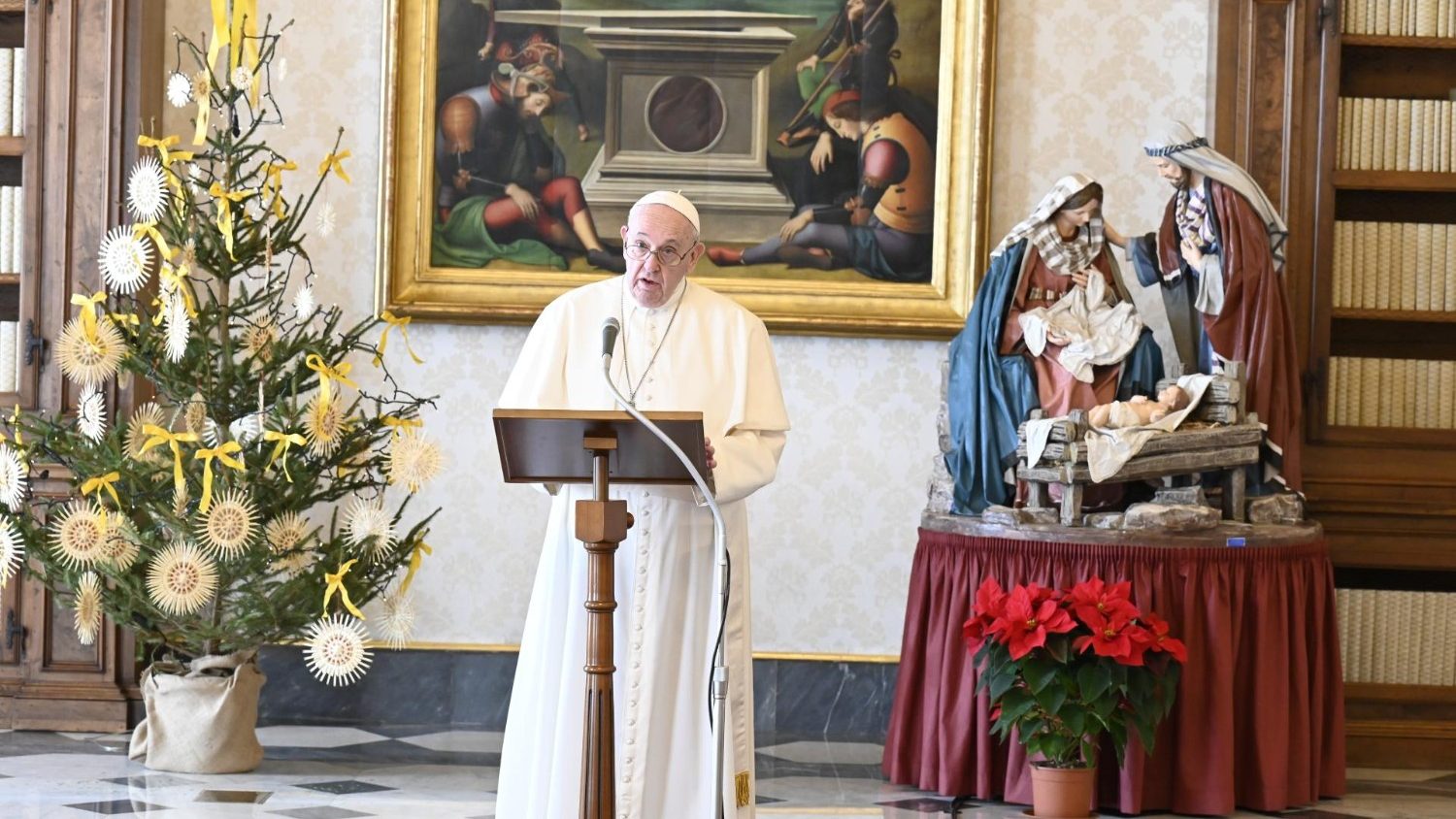 During his Sunday Angelus speech, Pope Francis announces a year to study the content of the Apostolic admonition “Amoris laetitia” more deeply during his reflection on the Holy Family of Jesus, Mary, and Joseph.

The Passover of the Holy Family on Sunday, says Pope Francis in the weekly Angelus, calls us to reflect “on the fact that the Son of God wanted the warmth of a family, like all children.” This is why the Holy Family of Jesus, Mary and Joseph can serve as an example “in which all the families of the world can find their fixed point of reference and surely inspiration.”

An important remark in the life of the family of Nazareth was joy, with the Child Jesus ‘surrounded by motherly affection from Mary and the care of Joseph, in whom Jesus could see God’s tenderness’.

We too, Pope Francis said, “are called to rediscover the educational value of family unity.” Families, he said, must be grounded “in the love that always renews relationships, that opens horizons of hope.” The pope emphasized the importance in the family of prayer, affection, forgiveness, tenderness, and obedience to the will of God. ‘In this way,’ he said, ‘the family opens themselves to the joy that God gives to all who know how to give with joy. ”

A happy home, he added, is also outgoing: “it finds the spiritual energy to be open to the outside world, to others, to the service of siblings, for cooperation to build an ever new and better world , “especially through the example of daily life.

A year of reflection Amoris laetiatia

Returning to the theme of “evangelism with the family”, Pope Francis said that the feast of Sunday once again represents to us’ the ideal of marriage and family love, as emphasized by the Apostolic exhortation Amoris laetitia, announced five years ago ”at the St Joseph’s Festival in 2016.

The coming year, he said, ‘will be a year of reflection Amoris laetitia“He added,” and this will be the opportunity to deepen the content of the document. “During this special year, he said,” these reflections will be made available to church communities and families to guide them on their journey. In particular, Pope Francis invited everyone “to take part in the initiatives that will be promoted during the year. , and it will be coordinated by the Dicastery for Laity, the Family, and Life. ”

The Holy Father has the “journey” of the year “Amoris Laetitia Family ”to“ the Holy Family of Nazareth, and in particular to St. Joseph, the devoted husband and father. ”

Following the Angelus, the Holy See Press Office confirmed that the special year was dedicated to the ‘Family Amoris laetitia, “Inaugurated at the upcoming Solemnity of Saint Joseph (March 19, 2021), and will conclude with the celebration of the Tenth World Convention for Families, held in June 2022 here in Rome.”