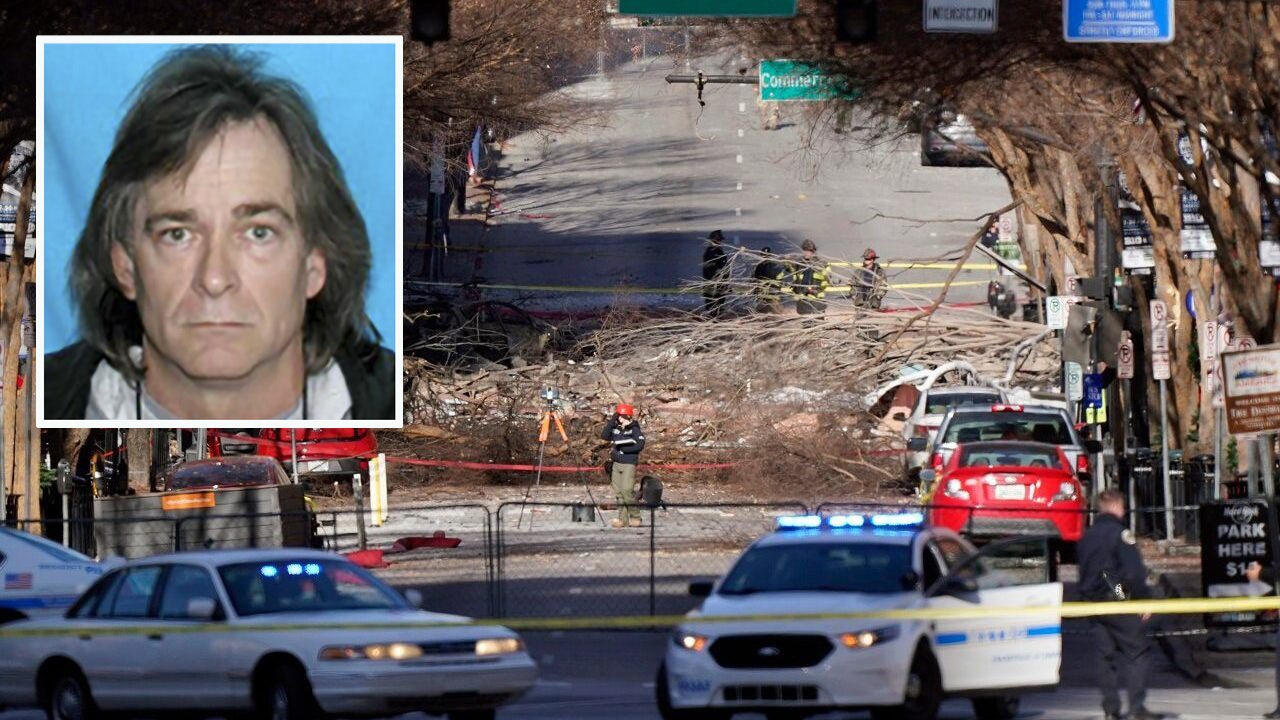 The Tennessee man who, according to officials, detonated a bomb in the early hours of Christmas Day in downtown Nashville, reportedly uttered anti-police rhetoric to a person he was working with, according to a recent report.

Anthony Quinn Warner was killed in an explosion near an AT&T building in Music City on Friday morning – which went off shortly after a sound recording blew out of his recreational vehicle to evacuate passers-by and those in nearby buildings, warning them that a bomb would explode within minutes. .

Over decades earlier, in the 70s, Warner allegedly spoke out about his contempt for law enforcement, reports the Daily Beast.

Tom Lundborg said on the website that he was a teenager when Warner allegedly told him: ‘I hate policemen. They are all corrupt. ‘

According to the report, Warner and Lundborg worked together in the late 1970s for the security system business of Lundborg’s father, ACE Alarms.

The couple worked together from day to day for at least a few years and drove from job to job, Lundborg said. The car rides would sometimes turn into conversations about the police.

“Never trust a policeman,” Lundborg recalls, Warner told him in one of the now-decades-old motoring conversations.

According to the report, Warner also told the man that he had served in the Navy, although it was not clear whether he did.

Police responded to a report of shots being fired when they spotted the suspicious RV, which issued the ominous warning before switching to Petula Clark’s “Downtown”.

The bomber struck shortly after noon in front of a police station, killing at least 10 people and wounding three others, killing only Warner.

Camera footage released by the Metropolitan Nashville Police Department shows officers exploring the area around Second Avenue North and asking at least one person to go to a safer location while investigating the suspicious vehicle.

“Your main goal is to evacuate these buildings now,” a voice from the RV can be heard, according to the nearly 13-minute video recording. “Do not approach this vehicle.”

“It’s so weird,” the officer remarked. “It’s like something out of a movie.”

Outside the RV, a surge can be heard, followed by the alarm of the car and the debris ending up in the area.

Before his death, Warner, 63, changed his life in ways that suggested he never intended to survive the explosion.

He gave away his car – and told the recipient he had cancer – and signed a document that his longtime home had handed over for nothing in return. As a freelance IT consultant, he told an employer he was retiring.

But he did not leave a clear digital footprint or any other clear clues to explain why he tackled the explosion in his parked recreational vehicle or played a message to flee people before damaging dozens of buildings and cellphone services in the area.

Officials said Warner had not been on their radar before Christmas. A law enforcement report released Monday showed Warner’s only arrest was for a 1978 marijuana charge.

David Rausch, director of Tennessee’s Bureau of Investigation, told the NBC program “Today” on Monday that officials may never get a complete answer as to why Warner detonated the explosives. He also noted that the audio recording leads investigators to believe that Warner is not interested in hurting others.

‘Obviously, the sound of the vehicle warning people that an explosion is imminent gives you the opportunity to clear the area, certainly giving you the insight that the possibility was that he did not intend to harm anyone other than himself “But it obviously plays into our investigation,” he said. “It appears that the intent was more destruction than death, but that’s still all that is currently being speculated as we continue our investigation.”

While investigators tried to put together a possible motive for the attack, a neighbor recalled a recent conversation with Warner that only seemed ominous afterwards.

Rick Laude told the Associated Press on Monday he saw Warner standing at his mailbox less than a week before Christmas and pulled over in his car to speak. After asking how things were with Warner’s elderly mother, Laude said he casually asked him, “Are you going to bring Santa something good for Christmas?”

Warner smiles and says, “Oh, yes, Nashville and the world will never forget me,” Laude said.

Laude, who said he lived near Warner for about ten years, recalled the conversation with Fox News later Monday, describing how Warner, before making the above statement, told his neighbor, “I’m going to be famous.”

Laude said he never noticed any suspicious activity from Warner during the decade in which they knew each other.

“I think Anthony Warner lived a very quiet life. Had no girlfriend or wife, no children,” Laude told Fox News. “I think afterwards, I think when he told me what he told me, he already knew. He certainly would not have told me, ‘I’m not going to blow up Second Avenue at 6:30 in the morning.'”