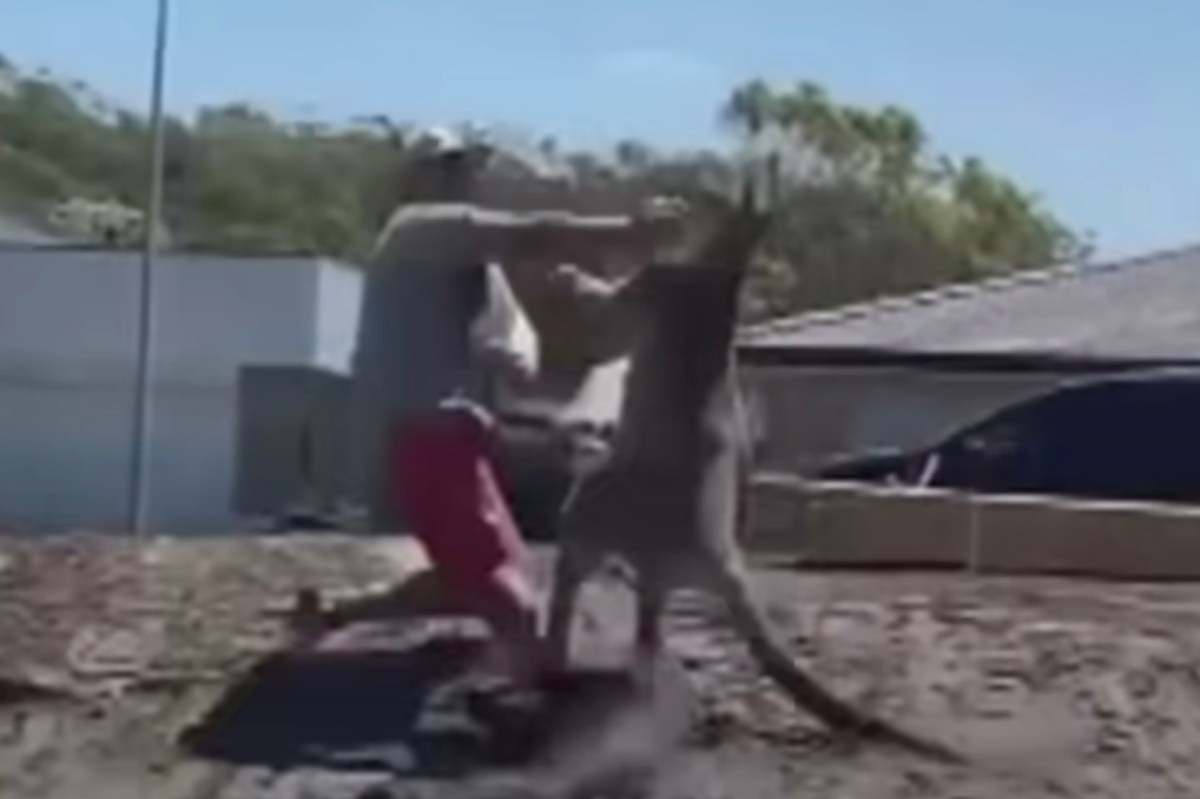 It was a case of anger.

According to news.com.au, a kangaroo was caught on video hitting an Australian man in the face while trying to protect his children from the bouncing marsupial.

The frightening attack took place on Christmas Day in South West Rocks, where Mitchell Robinson was trying to drive away the animal, which was roaming around and had holes on its property.

The kangaroo jumped at the man and hit him on the ground before escaping.

Family friend Tina Grace Rowe told Down Under news station that you could see the attack coming.

“It just stared at him and he picked up something to try to shoot it away and once he did, you could just see it was going to go to him,” Rowe told 7NEWS.

“He was massive. He was a big male kangaroo – a big breast, ‘she added.

According to the station, Robinson, who already had a broken arm, escaped with just a scratch.