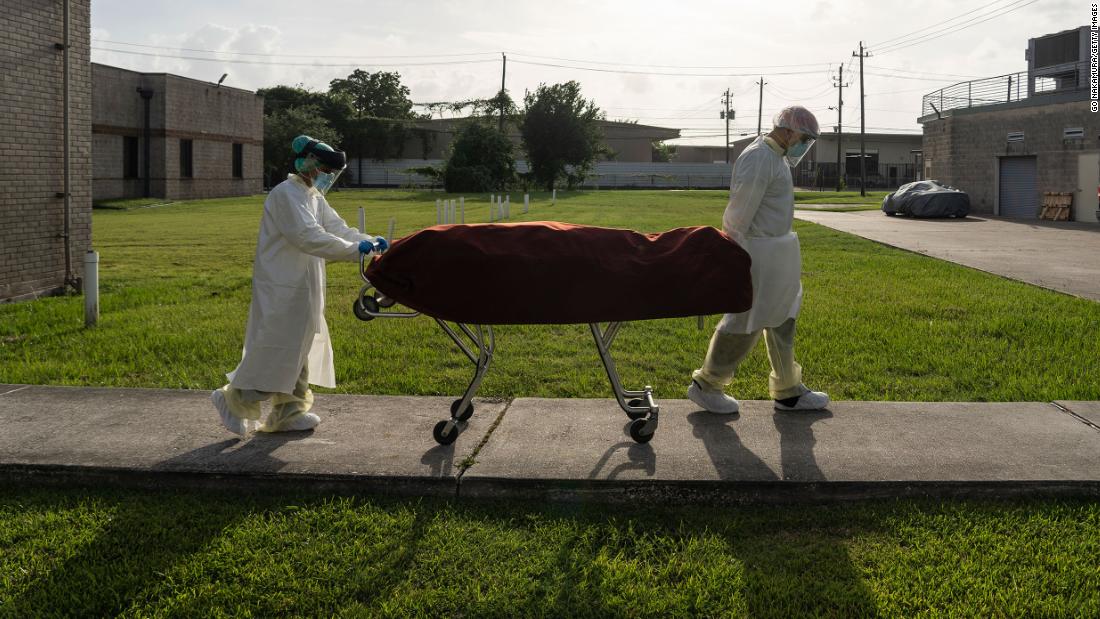 The Census Bureau’s estimate for the last week of December puts the U.S. population at about 330,750,000. On Saturday afternoon, the national death toll of Covid-19 reached 331 116, according to data from Johns Hopkins University.

Covid-19 infections in the US reached more than 18.7 million.

The first death in the U.S. attributed to Covid-19 occurred on February 29 in Kirkland, Washington. However, the results of the autopsy in April determined that two Californians had died of Covid-19 earlier in February.
The World Health Organization declared Covid-19 a pandemic on March 11th. By the end of March, the country’s 1,000th death was recorded, according to a CNN version. Some countries at the time began restrictive protocols for closure to limit distribution. Meanwhile, most European countries were in the midst of a Covid-19 boom that overwhelmed hospitals and healthcare systems.
Within weeks, the Johns Hopkins data showed that at least 10,000 Americans had died of Covid-19 on April 4th. Health experts have warned that the total number of deaths due to test problems and incorrect classifications could be underestimated.
With an average rate of more than 1,000 deaths per day, the U.S. count reached 100 percent per Johns Hopkins data on May 23, four months after the first confirmed infection on U.S. soil.

During the summer, death rates and infections nationwide declined from April highs, although several states experienced intermittent outbreaks, increasing local figures. Four months after 100,000 Americans died by May, a total of 200,000 American deaths were counted on September 21.

Since November, the death toll has accelerated. Instead of a similar slope that took four months to reach 200,000, the next jump to 300,000 deaths took just 11 weeks. The point was announced on December 14th.
Health officials are begging the U.S. public for continued vigilance with coronavirus protocols, including quarantine, social distance and wearing masks. Officials in California, where infections have increased at an alarming rate, attributed a driving force behind the November boom to coronavirus fatigue.

With the onset of Christmas and New Year, along with the long incubation period of the virus, hospitals and state governments are predicting that the boom will continue in January and February, one year after the start of the pandemic.