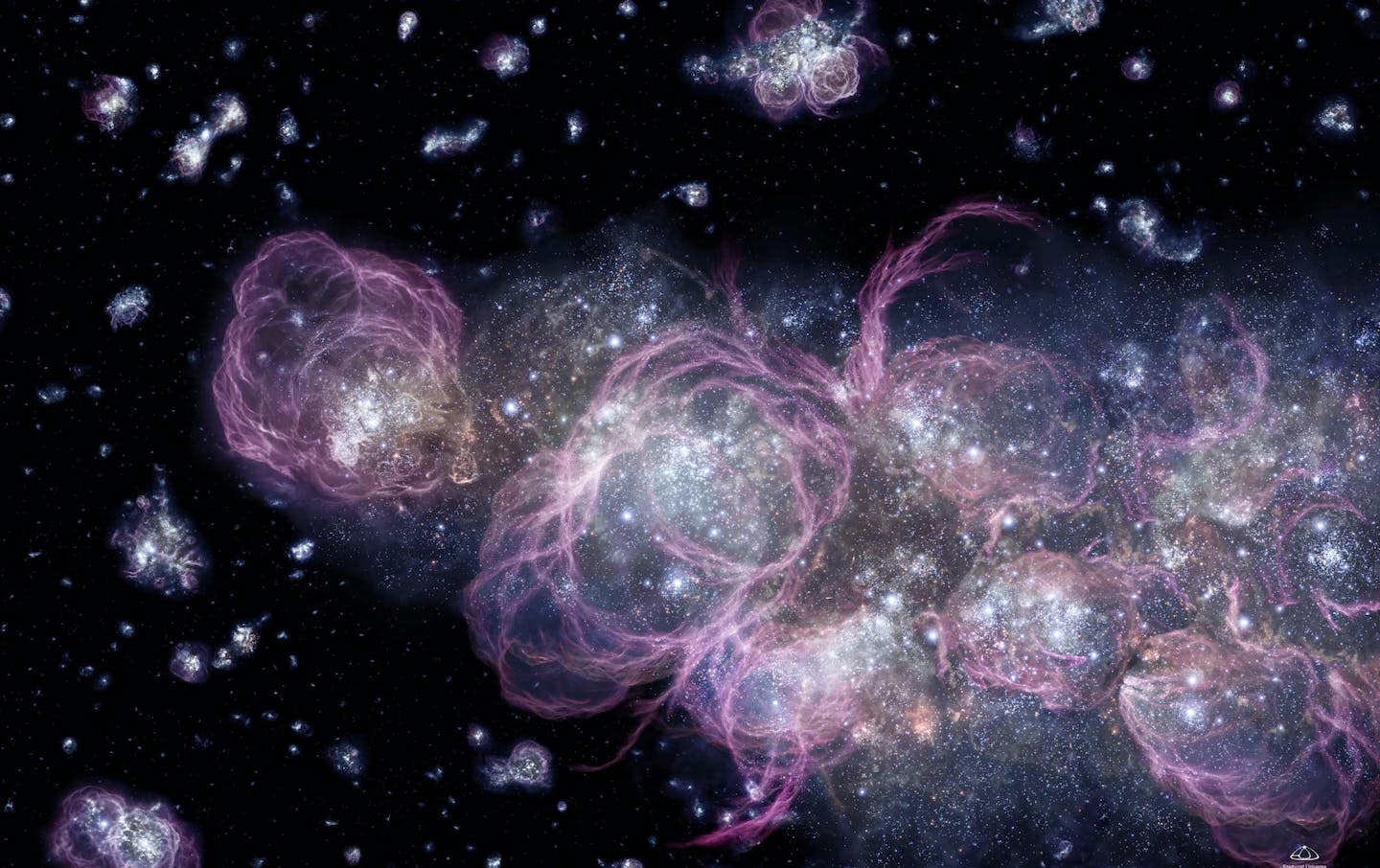 Curious Kids is a series for children of all ages. If you have a question that you would like an expert to answer, please send it to curiouskidsu[email protected]

How can a big bang be the beginning of the universe, since intense explosions destroy everything? – Tristan S., 8 years old, Newark, Delaware

What do you think? Your universe, the chessboard, is getting bigger. And over time, even bigger! The board expands in all directions you can see. There is nothing that can cause this expansion as far as possible – it just seems to be the nature of the chessboard.

Let’s work ahead of what happened then. At the beginning of your universe, the chessboard was infinitely small and then expanded, it got bigger and bigger until the day you decided to make observations about the nature of your chess universe. All the things in the universe – the small particles that make up you and all the others – started very close to each other and then spread over time.

Our universe works in exactly the same way. When astronomers like me make observations of galaxies in the distance, we see that they are all moving apart. It seems like our universe started very small and has since expanded. In fact, scientists now know that the universe is not just expanding, but that the speed at which it is expanding is increasing. This mysterious effect is caused by something physicists call dark energy, although we know very little about it.

Astronomers also observe something called cosmic microwave background radiation. It is a very low level of energy that exists everywhere in space. From the measurements we know that our universe is 13.8 billion years old, much older than humans and about three times older than Earth.

When astronomers look back completely on the event that started our universe, we call it the big bang.

Many people hear the name “Big Bang” and think of a giant explosion of things, like a bomb going off. But the big bang was not an explosion that destroyed things. It was the beginning of our universe, the beginning of space and time. Instead of an explosion, it was a very rapid expansion, and the event that made the universe grow bigger.

This expansion is different from an explosion, which can be caused by things like chemical reactions or major impacts. Explosions cause energy to move from one place to another, and usually a lot of it. Instead, during the Big Bang, energy moved with space as it expanded and moved wildly, but spread more and more over time as space grew over time.

You also have to think about the idea that the universe does not “expand” at all, because as far as we know, the big bang was the beginning of space and time. Confusing, I know!

Astronomers do not know what caused the big bang. We just look at observations and see that’s how the universe started. We know it was extraordinarily small and got bigger, and we know it kicked off 13.8 billion years ago.

What started our own chess game? This is one of the deepest questions anyone can ask.

Hello, curious children! Do you have a question you would like an expert to answer? Ask an adult to send your question to [email protected] Please tell us your name, age and the city where you live.

And since curiosity has no age limit – adults, let us know too what you’re wondering. We will not be able to answer every question, but we will do our best.

This article was published from The Conversation, a non-profit news site dedicated to sharing ideas from academic experts.

Michael Lam does not work for, consult, own shares in or receive funding from any company or organization that benefits from this article, and has not disclosed any applicable commitments outside of their academic appointment.