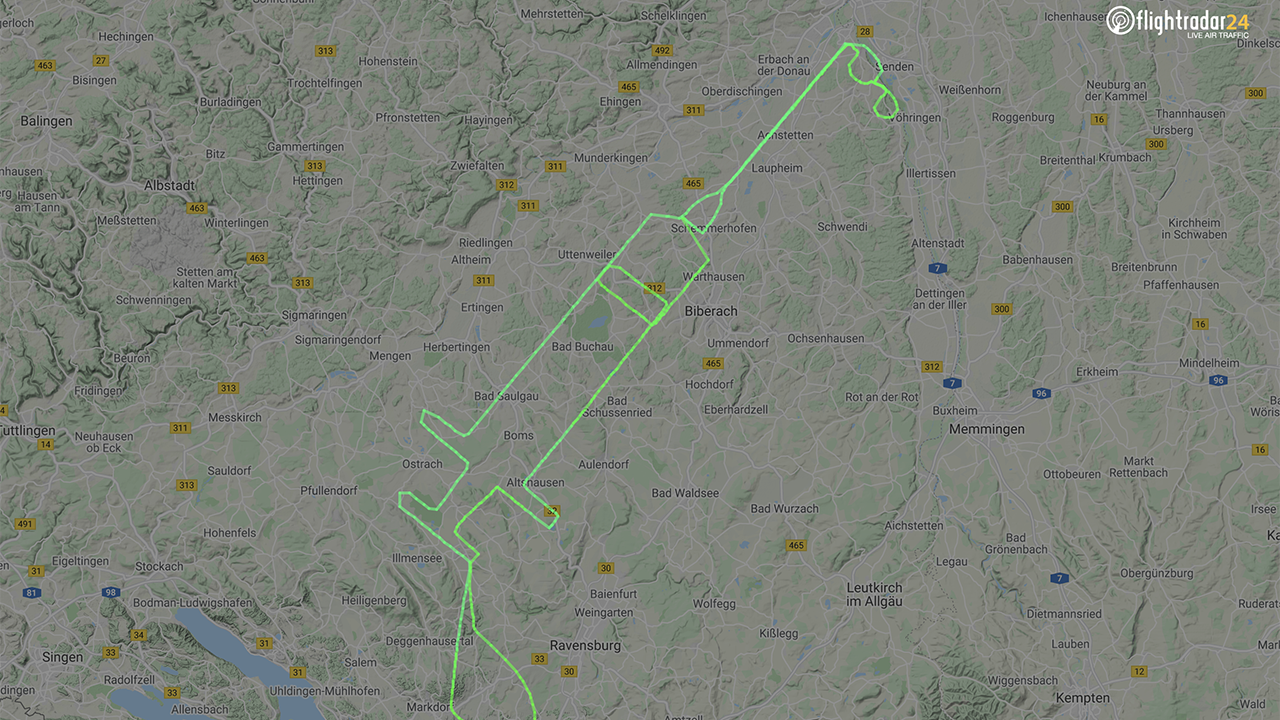 A pilot in Germany had some fun during a recent flight to honor the start of the vaccination of the coronavirus campaign in Europe on Sunday.

Samy Kramer, 20, mapped the route he had to follow to locate a giant 70-mile jet in the air. Using a Diamond DA-20 Katana, he flies about 200 kilometers near Lake Constance in southern Germany, about 5,000 feet in the air to remind people of the start of the COVID-19 campaign.

“There are still quite a few people who oppose the vaccination, and my actions can be a reminder to them to think about the subject, to get things going,” Kramer told Reuters TV on Sunday.

He said his flight should be seen as a direct call to be vaccinated, but rather as a “sign of joy, as the aviation industry has been hit pretty hard by the pandemic.”

A pilot in Germany spotted a giant syringe in the air.
(flightradar24)

The European Union launched its COVID-19 vaccination campaign on Sunday.

The bloc of 27 countries presented a coordinated implementation aimed at projecting a uniform message that the shot was safe and that Europe was the best chance to emerge from the pandemic.

The Austrian chancellor, Sebastian Kurz, calls the vaccine, which was developed in record time, a ‘game changer’.

“We know that today is not the end of the pandemic, but that it is the beginning of victory,” he said.

The vaccine, developed by German BioNTech and US drugmaker Pfizer, arrived at EU hospitals in super-cold containers from a factory in Belgium on Friday. Each country received only a fraction of the required doses – less than 10,000 in the first groups for some countries – with the larger rollout expected in January when more vaccines become available. All who get shots on Sunday must return for a second dose within three weeks.