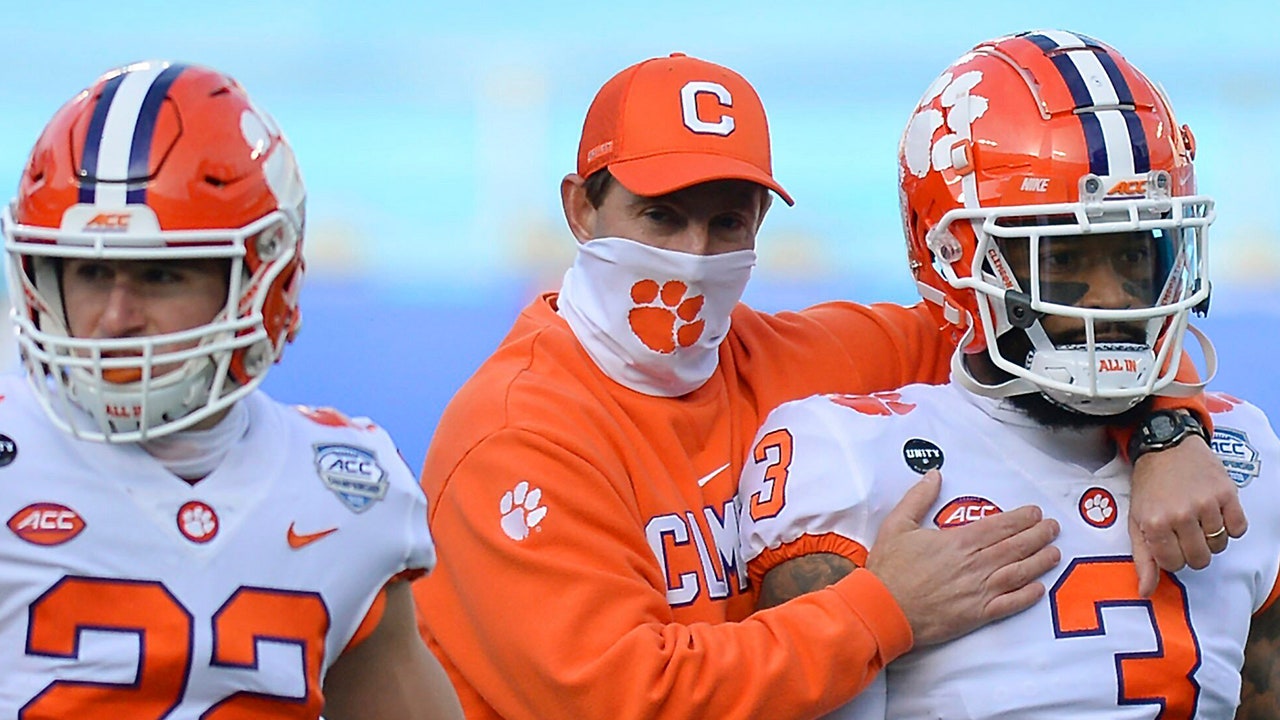 Clemson coach Dabo Swinney was in defense on Saturday when he explained why he put Ohio State in 11th place in his last coaching poll.

Swinney told ESPN he believes there are four teams that are ‘punished’ for playing more games. He was determined about teams that played only six games, and that could not play in the College Football Playoff.

“In the first place, my vote means nothing. But it means something to me, you know? This is my poll. I do it. It creates a stir because we happen to be playing Ohio State,” Swinney said. ESPN.

“It has nothing to do with the state of Ohio – absolutely zero. You can change the name to Michigan or Georgia or Florida or Tennessee or Nebraska. Every time you have a top-10 [ranking], it must be so special. This year it’s like really, really special, and I wanted it to be that way. And so I wanted to acknowledge the teams that played nine games or more. And if you have not played nine games, I just did not consider you the Top 10. That’s why [the Buckeyes] was 11. “

“Obviously they are an excellent team. They are very good enough and talented enough to beat us and good enough to win the national championship. But in my opinion I do not think it is right that three teams should play 13 games to win everything and one team to play 8. In what universe do I live?

“And it had nothing to do with them. It was to qualify. And I did not think they qualified, based on the number of games, against all these other teams. … In my opinion – Texas A&M, Florida, Oklahoma, Cincinnati – they were punished for playing more games. ‘

Clemson won the ACC Championship and was selected No. 2 and will play Ohio State in the semifinals.