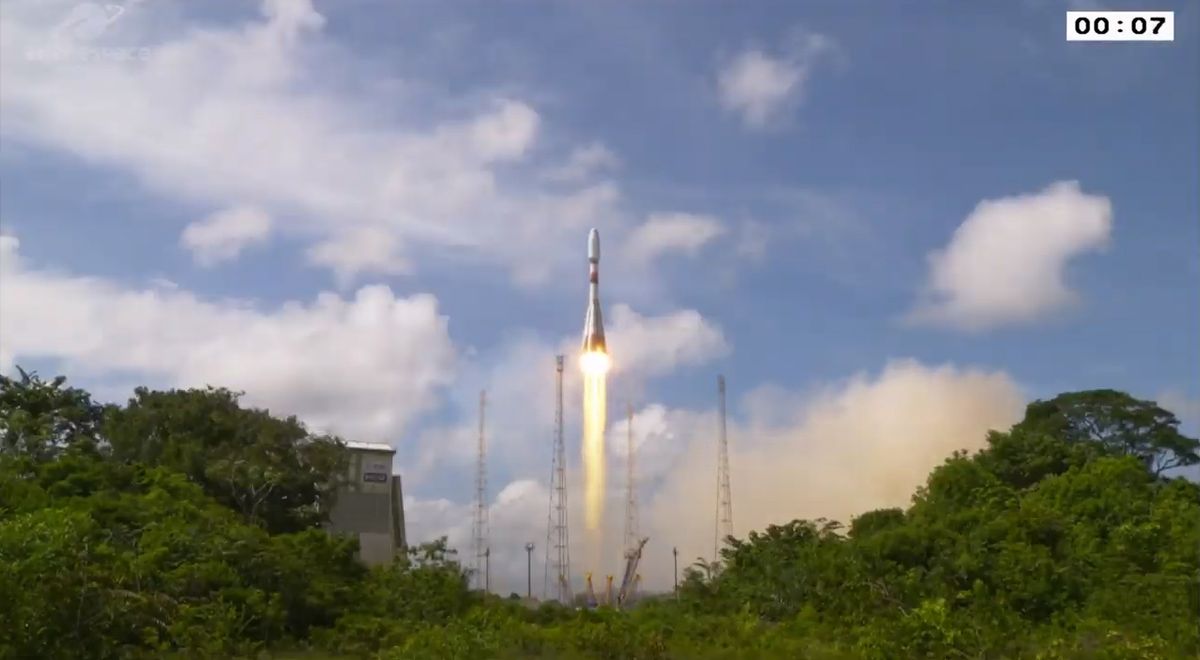 Arianespace on Tuesday (December 29) launched a new reconnaissance satellite for the French army, which was the final mission of the European launcher of 2020.

A Russian-built Soyuz rocket launched the satellite called Optical Space Component 2 (or Composante Spatiale Optique 2, CSO-2, in French) from the Guiana Space Center in Kourou, French Guiana in South America. Removal occurred at 11:42 AM EST (1642 GMT) following a one day delay due to bad weather.

Related: The 10 greatest spatial stories of 2020

“CSO-2 is the second in a constellation of three identical military observation satellites operating in different polar orbits to perform two missions: reconnaissance for CSO-1 and CSO-3, and identification for CSO-2, which joins CSO. 1 was launched in December 2018, officials from the French space agency CNES, which oversees the mission, said in a statement.

Built by Airbus, the 7,852-lb. (3,562 kilograms) CSO-2 will orbit the Earth at a distance of about 480 kilometers, lower than its predecessor CSO-1, which had an orbit of 800 kilometers. The satellite was successfully deployed about an hour after the lift.

“It will obtain very high-resolution day / night, clear visible images in the visible and infrared in a range of viewing modes to meet a wide range of operational requirements,” CNES officials wrote in the statement.

According to Spaceflight Now, the CSO satellites are expected to have a resolution of about 14 centimeters (35 centimeters) from the 500-kilometer orbit. CSES officials said CSO-2 was designed to keep at least ten years in orbit.

The successful launch of CSO-2 was the tenth mission of 2020 by Arianespace and its fifth Soyuz flight this year. But even as the company comes to a standstill for the year, it has a series of Ariane 5, Vega and Soyuz flights for 2021, including the long-awaited launch of NASA’s James Webb space telescope on 31 October.

“2021 is going to be intense for Arianespace,” Arianespace CEO Stéphane Israel said after the launch. “So, 2021 will indeed be very busy and that’s why we’ll take some rest here at the end of the year.”