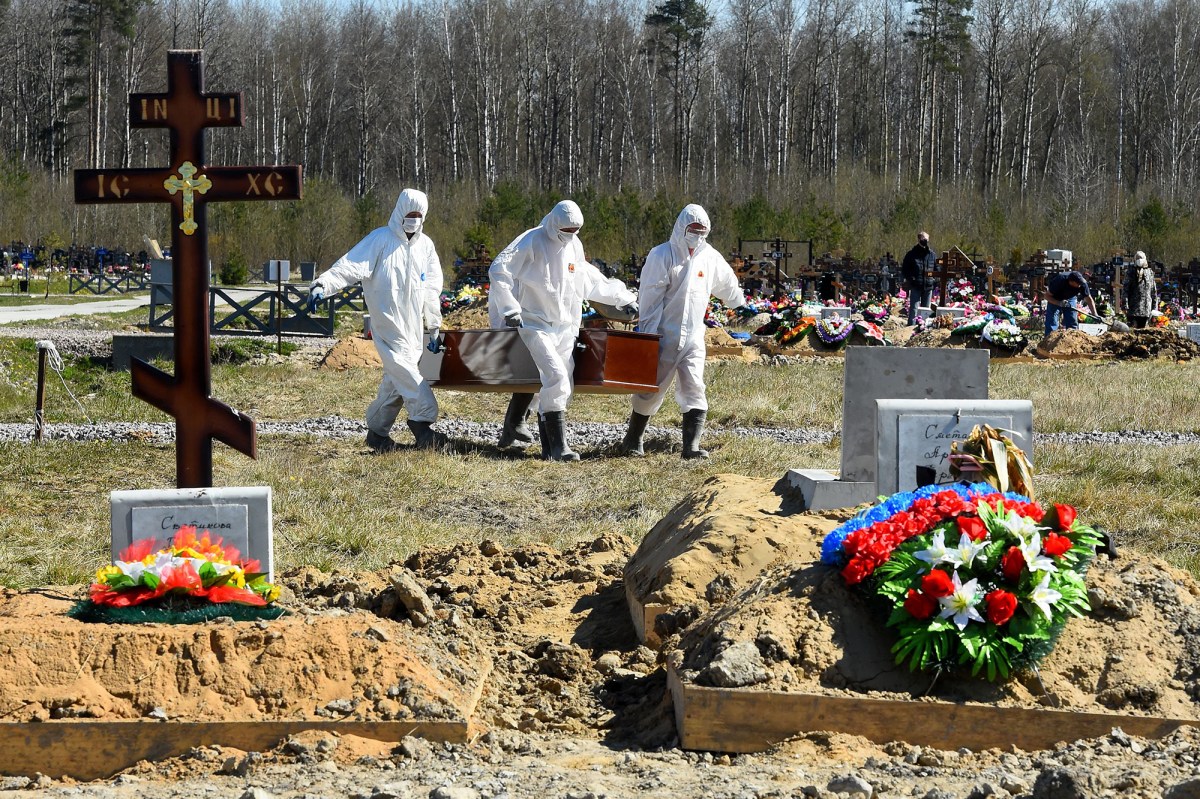 Russia has acknowledged that its COVID-19 death toll is three times higher than previously reported, making it the country with the third largest number of deaths due to the pandemic.

Experts have long questioned President Vladimir Putin’s repeated allegations of a low death toll from the virus, pointing out that Russia is doing a “better” job of managing the crisis than Western countries.

Deputy Prime Minister Tatiana Golikova finally proved the critics on Monday when she revealed that the actual death toll was probably 186,000 – not the 55,000 officially reported.

Golikova made the revelation after the Rosstat statistics agency said deaths between January and November increased by 229,700 compared to the previous year.

“More than 81 percent of this increase in mortality during this period is due to COVID,” Golikova was quoted as saying by Agence France-Presse.

The new figure means the country’s death toll is the third highest in the world, behind the US with more than 335,000 dead and just behind Brazil with 191,000, Johns Hopkins University data shows.

So far, Russia has had just under 3.1 million confirmed infections among its 144 million population.

Putin, 68, recently made it clear that he now intends to get his country’s Sputnik V coronavirus vaccine, a month after saying he would not get the chance.